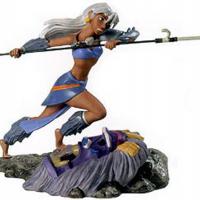 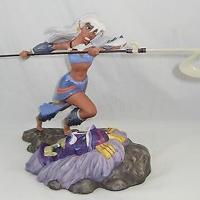 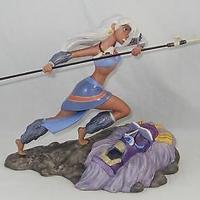 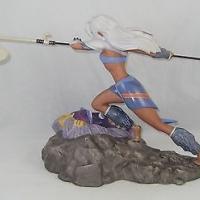 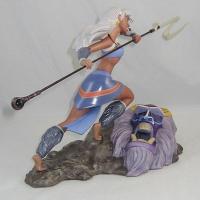 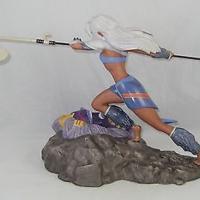 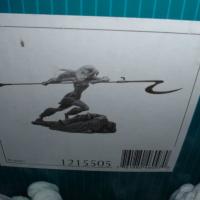 Atlantis Kida Defender Of The Empire which is Mint in the Box with COA.

Feet and Right Hand are Pewter. Spear is Bronze and pewter.
Necklace is crystal gemstone.

Numbered Limited Edition 585 of 2,001 in honor of the films release year.

Atlantis: The Lost Empire is a 2001 American animated action-adventure film created by Walt Disney Feature Animation—the first science fiction film in Disney's animated features canon and the 41st overall. Written by Tab Murphy, directed by Gary Trousdale and Kirk Wise, and produced by Don Hahn, the film features an ensemble cast with the voices of Michael J. Fox, Cree Summer, James Garner, Leonard Nimoy, Don Novello, and Jim Varney in his final role before his death. Set in 1914, the film tells the story of a young man who gains possession of a sacred book, which he believes will guide him and a crew of adventurers to the lost city of Atlantis. Development of the film began after production had finished on The Hunchback of Notre Dame (1996). Instead of another musical, the production team decided to do an action-adventure film inspired by the works of Jules Verne. Atlantis was notable for adopting the distinctive visual style of comic book creator Mike Mignola.

This item is being offered by the Antique and Collectible Marketplace located in Sacramento, California, the largest independent antique store in Greater Sacramento Area with 6000 sq feet of showrooms and showcases. 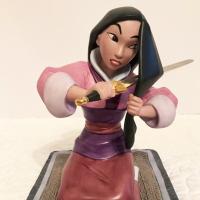 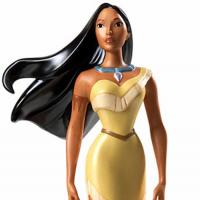 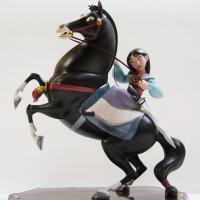