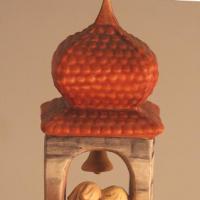 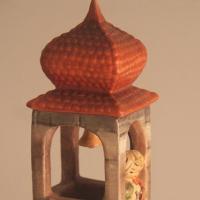 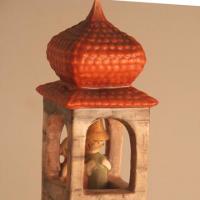 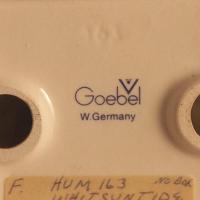 Rather intricate Hummel is this Whitsuntide clock tower figurine # 163 and a TMK5 from the 1970's.

This tower has an angel at the door with her hands out so I assume she is ringing the bell in the tower. Above her head is the clock.  Further above in the tower are two angel trumpeters leaning partially out the tower window.  In the upper part of the tower is the bell.  Below on both sides of the tower are patches of flowers.

This figurine is in excellent condition with no chips, cracks or crazing.  No box.

Please see our large selection of Hummel Goebel Figurines by clicking on the link directly below.  Thanks for looking.

"Whit Monday or Pentecost Monday (also known as Monday of the Holy Spirit) is the holiday celebrated the day after Pentecost, a movable feast in the Christian calendar. It is movable because it is determined by the date of Easter.

Whit Monday gets its English name for following "Whitsun", the day that became one of the three baptismal seasons. The name "Whitsunday" is now generally attributed to the white garments formerly worn by the candidates for baptism on this feast."

The Monday after Pentecost is also a holiday in Austria, Belgium, Cyprus, France, Germany, Greece, Hungary, Luxembourg, The Netherlands, Romania, Switzerland, and several Scandinavian countries. In many of these countries, Whit Monday is known as "the second day of Pentecost" or "the second Whitsun". In France, it was a non-pay work day for many workers from 2005 to 2007. This was to raise extra funds for elderly and disabled people [2]. It became a public holiday again in 2008 [3]. In Liechtenstein, Whit Monday is considered to be a "favorite holiday"; much like Christmas in many other countries. In Germany, Whit Monday (German: Pfingstmontag) is a Holy Day of Obligation for Roman Catholics.[4]" 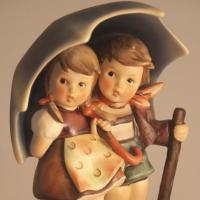 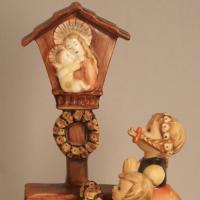